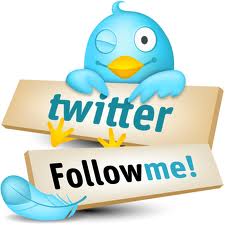 Twitter has them all; the serious and the silly, the pious and the profane, the  professional along with the totally outrageous.

If you want to grow your influence on Twitter, you’re going to want to open your mind and enjoy the diversity that will flow by. I follow most people back and I take the time to do that twice a week, using Hootsuite, a Twitter management platform.

Those that I don’t follow back fall into just a few categories:

Other than those three turn-offs, you can expect a follow- back. Twitter is distinctly different from Linkedin and Facebook, where it’s often expected that you have a previous connection with a person. Twitter’s open culture allows you to connect with just about anyone.

I am mystified by the strategy of those that follow you, then you in turn follow back and then they unfollow you. This implies several things to me. One, that they are either egotistical and arrogant or they’re clueless about social media protocol. I like what Ted Coine, customer service advocate, author and leader describes as part of Five Star leadership; “I follow everyone back because I’m not more important than my followers.”

Diversity in the world is a basic characteristic of human society, and also the key condition for a lively and dynamic world. ~Jinato Hu

One last thought; it’s no big deal if people unfollow you. Don’t take it personally because more often than not, it’s really not personal. It’s unnecessary, not to mention rude, to chastise others for unfollowing. Let it go. Move on! There are plenty of Peeps left to meet – the Twitterverse is expected to have 250 million active users by the end of 2012.