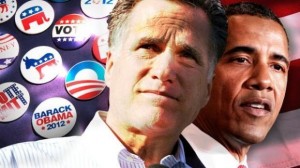 No wonder we all have such different opinions about the outcome and all the many factors that influenced the results.

Since I have an intense interest in the power of social media, I have to ask the question,  “What role did social media play in this election and the outcome?”

It seems unlikely to me that social media played a significant role in the research that most people do to decide on a candidate. But wait a minute, I’m making an assumption already.  Just because I read, watch debates and search many avenues in making informed decisions doesn’t mean everyone does. Maybe there are those influenced by what their friends are saying online. What do YOU think?

I noticed a months ago that Romney’s social media strategy was inferior to Obama’s. How do I know this? The numbers tell the story.

Yes, I realize that Obama had social media momentum as an incumbent president. Along with the fact that Obama waged a wildly successful social media campaign in 2008 and strategically revived it in 2012.

Journalist Al DiGuido, a Romney supporter, wrote ” We are clearly 100 days from disaster.”

On the eve of the election, statistical models were formulated using data that you’d have to be a mathematician to comprehend. Social media stats were just a small piece of a large puzzle, but data doesn’t play politics and the models favored President Obama as the winner.

So social media wasn’t a strong point for Romney. How much did this hurt his campaign?  It can only be speculated at this point, but I’m pretty sure that if he had it to do over, his strategists wouldn’t gamble with importance of a powerful social media presence.  I agree with Social Media Leader, Chris Voss, when he says, “People are the new media.”

It’s too late for Romney’s presidential aspirations for 2012, but it’s not too late for you and me to learn from the mistakes of others and apply the lessons.

My conclusion: If you have a message that you want others to hear and act on, you’d be wise to give social media your attention.

Note: I LOVE group coaching on social media and building a strong Idenity online and have several courses starting in January. Check out your options HERE . We have fun while we get the job done.