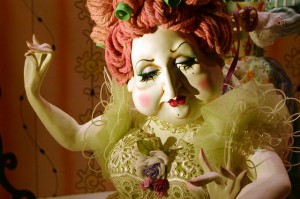 3 Ways to Keep it Real in Business Relationships

Deception is deadly to relationships, whether it’s in business or private life.
Trust is the foundation that all healthy relationships are built on.

I’ve been married for 34 years and we have 3 children. But my son’s version of our family dynamics included a mean step-mother. She lived for about a year when he was 4 years old. He told teachers and friends about her and when they would meet me, I was eyed with suspicion and distrust. But he didn’t really make her up; he simply was growing into the ability to separate reality from fantasy. I didn’t take it personally and we still laugh about it.

An adult’s inability to separate the truth from a lie isn’t a laughing matter. Some adults are still living in the shadowland that 4 year olds pass through. It isn’t that they think King Kong will come stomping through their neighborhood – it’s a much bigger danger. When you have listened to a lie repeatedly, especially when the lie comes from your own lips, that belief becomes your reality.

This came up recently while talking to a business owner about their disappointment in people – so many don’t keep their word or pay their bills – and it’s people you would least expect that behavior from. Most of those people probably think of themselves as trustworthy, upstanding citizens. Since they lie to themselves (better known as excuses and justification), they are blinded to the fact that they are letting everyone else down. They are literally living in the shadowland of their own distorted perceptions.

These are the people that grin and shake your hand heartily in public but have a past due balance of $1,000, which would pay some pressing bills on your desk. It’s the woman loudly criticizing perceived over-spending in a budget meeting but who is up to her neck in credit card debt from an over-indulgent lifestyle.  It’s the man committed to exposing political corruption who gets arrested for exposing himself to children.

Disappointing. Sometimes, devastatingly so. You thought you knew someone and find out they are not the person they appeared to be. How do you protect yourself from people like that?

First, look inside your own life. Are you walking in the integrity you expect from others? It’s easy to chuckle at a child’s inability to know that Mickey Mouse isn’t real, but what about the destructive belief systems we’ve lived with so long they’ve taken on a life of their own?

Second, be discerning. Look beneath the surface and listen to more than words. We don’t have to be distrustful, but we do have to be wise. I want to surround myself with people whose actions are congruent with their own press.

Third, develop a team of trusted advisors. People who know you well and won’t hesitate to speak the truth in love to you, whether it’s about your own decisions or your attitude about the actions of others.

Last, do a regular reality check. You are not Superman or Wonder Woman but you do have a unique cape knit together with talents that enable you to make a positive difference in the real world of your day to day activities.