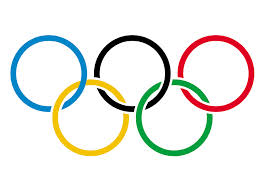 What defines a champion? Is it someone who beats all the competition to claim first place? That may be one description, but it’s not the one I ascribe to.  Are the champions of the Sochi Olympic Games the athletes that stand on the podium and receive a medal?  Or, are all the participants champions? What about the coaches, parents and supporters – aren’t they champions too?

That’s a real champion.  The one who doesn’t give up in the face of difficulty. The one who doesn’t settle.  A true champion has motivation that goes above and beyond winning.  You can even be a champion by defending those who can’t defend themselves and by standing up for the truth.

Some of my favorite champions of the 2014 Winter Olympics are not necessarily the medalists.  I’m not really keeping up with which country has accumulated the most wins to date. To compete with grace and courage – to display good sportsmanship and a team attitude – these are the footprints of champions.

I am inspired by the Canadian coach who replaced a Russian athlete’s broken ski so he could finish the race. When asked about the incident, he said, “I wanted him to have dignity as he crossed the finish line.”

I am moved by Alex Bilodeau, Canadian skier, who celebrated his gold medal run by jubilantly embracing his disabled brother, Frederic.  Bildoeau says, “With Frederic’s motivation for life, he would be a four-time Olympic champion. Whatever I do in life, my brother is my real inspiration. Just like you and I, he has dreams and most of them are not realizable to him. But he never complains that it’s not realistic to him… ”

Never Underestimate the Heart of a Champion.

Here are three ways you can think like a champion this week:

The abilities you posses far exceed any expression of life you have ever demanded of yourself thus far.