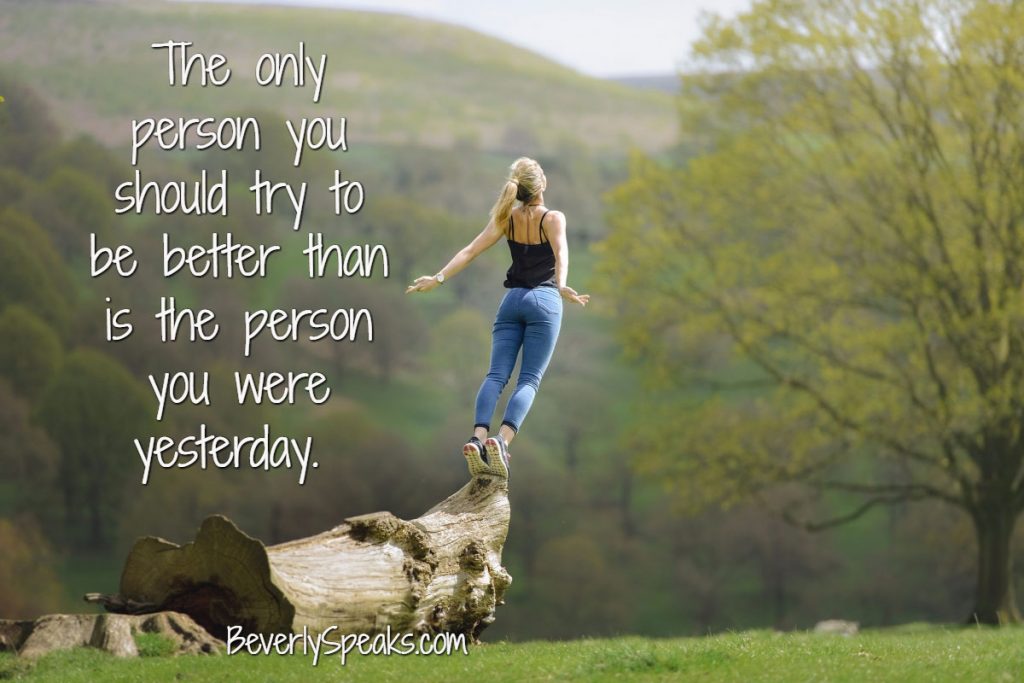 It starts before the sandbox – this curse of comparison. While we are itty bitty people, we are grabbing for another child’s toy, thinking it’s better than the one in our hand. It seems as if we are born selfish. Whether you call comparison a curse or a trap, it is a habit that can dilute your happiness and sabotage your leadership potential.

Here’s a wake-up call: even monkeys judge what they’ve got by taking a peek at what the monkey next door is getting. An experiment by Emory University scientist Frans de Waal with capuchin monkeys used stones as a kind of currency, exchanging one for a nice cucumber slice. The monkeys were perfectly happy with this arrangement until de Waal started giving some of the monkeys a grape instead of the cucumber. It seems monkeys like sweets better than vegetables – imagine that! The conclusion of the study was that monkeys do not evaluate their outcomes in isolation. They use a comparative process. 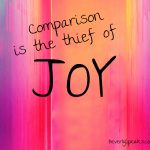 My own issues with comparison became a part of my internal dialogue when I was a teenager. One of my good friends was a classic beauty. I always felt inferior. Negative self-talk can become the precursor to deeper problems. Today, teenage depression and suicide are epidemic. According to the Department of Health and Human Services, rates of depression among girls ages 12-17 in 2015 were more than double that of boys. (In the U.S., 19.5% of girls experienced at least one major depressive episode in the last year, while only 5.8% of boys did.)  Some studies show that girls use mobile phones with texting applications more frequently and intensively than boys.  Cell phone use in this age group has been linked to depressed mood. Social media widens the pit of the comparison trap. Mark Twain was on to something when he said, “Comparison is the death of joy”.

The curse of comparison becomes baggage that many adults drag around for years.  Comparison produces a feeling of either inferiority or superiority. Insecurity or pride. Neither is healthy.  In fact, comparison is ingratitude at the deepest level. It’s anger that you haven’t been given a fair shake. It’s blame – usually aimed at God, or targeted directly at people we feel threatened by.

Men and women alike can get sucked into the comparison trap.  Men tend to be more likely to compare things –cars, income, jobs, boats – and fall victim to envy.  Men tend to respond by competing more vigorously. They challenge each other – usually nonverbally. It’s not a game but there is always a loser.

Women seem to be more susceptible to comparing personal characteristics. Body size, attractiveness, personality characteristics, and positions can be triggers for jealousy. Women traditionally have taken a step back when threatened. Sniping and back-biting have historically been defined as female defense mechanisms.

The self-doubt created by comparison can result in a fear of failure. It can paralyze you and keep you from trying new things. The Imposter Phenomenon has been the subject of volumes of research.  It is born out of insecurity and describes those who have a fear of being exposed as a fraud. Dr. Pauline Clance published her first study on this  in1978. At that time, it was thought to be an experience of high-achieving women. By the mid-1980’s, she started realizing it was widespread. Men didn’t confess it in live interviews. When research methods were changed, it was recognized that men experience this syndrome too – they just don’t talk about it.

If we all only knew how many people feel like imposters, we would have to conclude that either no one knows what they’re doing OR our self-assessments are way off. Next time you start comparing yourself to another – STOP. Think about the cure.

What’s the Cure for the Curse of Comparison?

1. Be grateful. Gratitude turns what you have into more than enough.

2. Renew your mind.There are numerous ways to accomplish this. The key is taking the negative thoughts captive and replacing them with good thoughts. Many do it with prayer and meditation. Some find peace and rest in enjoying time outdoors. Read good books. Find what works for you and do it often. Kick the negative committee out of your head.

3. Give up comparing and give away compliments.  Instead of compare and compete, we need to celebrate and complete each other. When you see something you admire in another, tell them!  It will build your own self-confidence to be comfortable with the excellence you see in those around you.

4. Identify your own strengths. Develop confidence in your unique identity by knowing what you are called to do. Stay in your lane. No one has it all together – regardless of the way it appears.  Ask yourself,  “If I were them, who’d be me?”

5. Unplug – take a social media break. Most people post their best moments  for public viewing and it’s easy for us to develop a skewed perception when we look too long through the lens of social media. It’s always good for the soul to unplug and hit the reset button.

The only person you should try to be better than is the person you were yesterday. You have the power to reverse the curse of comparison.