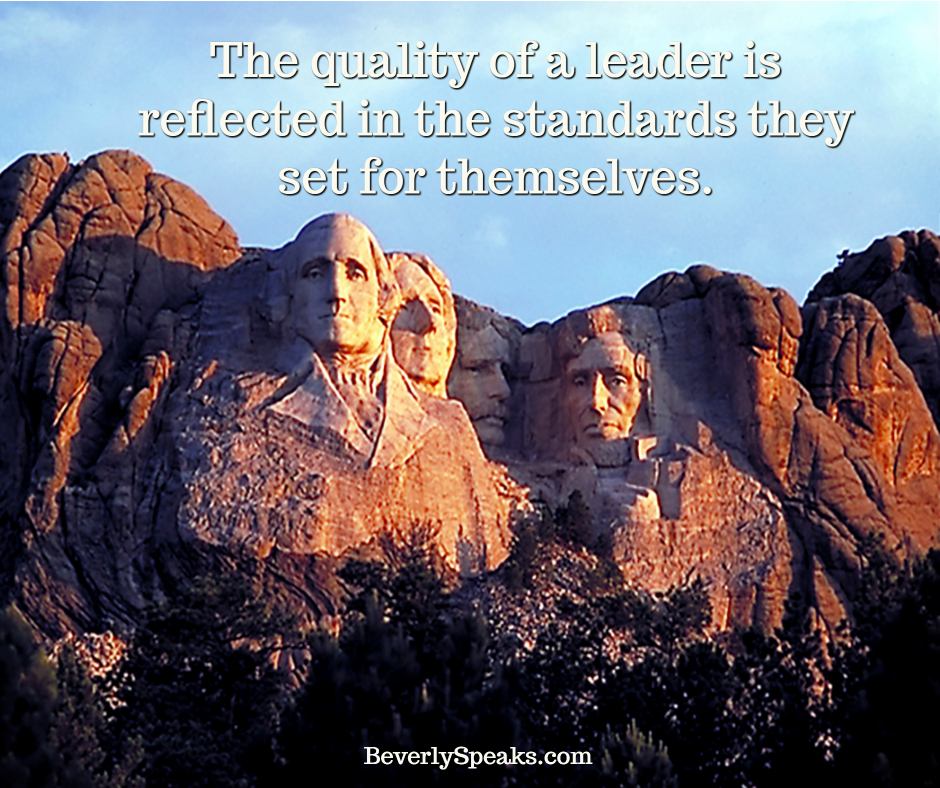 President’s Day pops up every February as the combined celebration of George Washington and Abraham Lincoln’s birthdays. It’s a bit of a confusing holiday with more businesses open than closed.  It’s a Federal holiday but not many others have the day off. It’s often considered to be a good time to recognize those who have served in the office of President of the United States. Granted, not all of our Presidents have been effective leaders. Yet the day is not meant to provoke political discussions and bickering. It doesn’t take much to set people off these days.

It’s a lot easier to sit on the sidelines and criticize the leadership styles of others than to look in the mirror. There has always been an enormous need for leaders of integrity in every walk of life. The deficit of trusted leaders seems greater than ever before. But we only see from our own limited timeline.

We can all do something by growing our own leadership. As a confessed word nerd, I learn much from pondering the original meaning of words.
Consider the root of the word preside.

Who’s the President of Your World?

Every one of us is President over something. Being cognizant of what you have authority over positions you to use your influence for the best possible outcome.  It was Plato who said, “The first and best victory is to conquer self.” If you’re a parent, you have authority over your children and your home.  Whether you are exercising it well is another matter and of vital importance!  I’m of the belief the home is where the solid foundation for lasting leadership is built.

Foundations are crucial to stability. Consider the saga of San Francisco’s sinking Millenium Tower. The foundation of the luxury skyscraper was not sunk into bedrock and now the $350 million dollar project is sinking. Residents paid as much as $13 million dollars for real estate that is now sketchy at best. Strong foundations are crucial. The family is the foundation of our country. Until we start considering the cracks in the foundation and addressing those, we will continue to see an erosion of character in our culture.

The quality of a leader is reflected in the standards they set for themselves. Since you are President over your own world, aim high.