Last week, I attended the promotion and pinning ceremony for the South Walton Fire Department. Our son was recognized as a new officer – a result of hard work and determination as he developed his leadership abilities and technical acumen.  It was such a privilege to be among the family, friends, and off-duty officers who made it a priority to be at this event held in the middle of a work day. It was impressive and heartwarming to see the standing room only crowd.

You often hear about “The Brotherhood” of firefighters (expanded to the Sisterhood now). The support from the chief, and other officers – many whom had lots of other places they could have been – was expressed in a tangible way. We noticed many of the older guys who had mentored the younger men when they were “Probies” (rookies) went out of their way to be there.

Since I work with a diverse range of business teams on creating a healthy culture, my interest in how this solidarity is created was sparked. It’s no secret that military forces and first responders forge the strongest bonds of team leadership known in human history. Undoubtedly, it has much to do with the life and death situations they are thrust into. These groups must make sure that their team members are committed to interpersonal alliances to protect and serve each other. They are quite literally putting their lives on the line in support of the mission.

Among the jobs that have the highest levels of stress in America are enlisted military, police officers, and firefighters. Ironically (and unfortunately) these same jobs are among the lowest paid compared to other high-stress careers. But these groups are known for building the strongest teams. That fact speaks loudly of the passion and commitment these men and women bring to their work. Daniel Byrne, a third-generation firefighter implores others to tenaciously guard the high moral and ethical standards that are part of a trusted team. “Guardians make a difference – employees get a paycheck”, states Byrne.

Successful teams are built by people who care. They care for one another and they care about the shared vision and mission. The culture they create leaves a legacy. Consider the seven differences between building a resume (it’s all about me) and creating a legacy (it’s all about us).

In Leaders Eat Last: Why Some Teams Pull Together and Others Don’t, Simon Sinek discusses the vital role of a “Circle of Safety” in building teams. He points out that when the time is invested to build healthy relationships and when leaders put their people first, the subsequent benefits can reverse many of the negative effects of operating in a high-stress environment. Sinek crafted his title after a conversation with a Marine Corps general who advised Sinek that officers get in the back of the line in the mess hall. “What’s symbolic in the chow hall is deadly serious on the battlefield: Great Leaders will sacrifice their interests for the good of those in their care.”

Honor, loyalty, trust, and respect for each other are the foundation that enables firefighters, families, and every remarkable team to remain unified and strong. I am thankful to be building a legacy of leadership. Leadership under fire will endure. 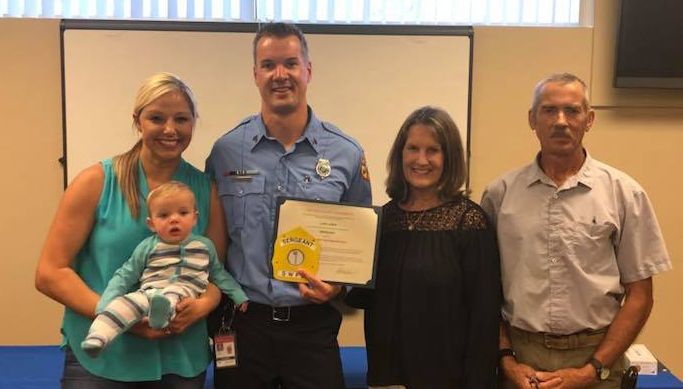