As we wind up the first quarter of the year, it’s a logical time to do a progress check.

You might have been tempted to stop reading this, especially if you’re uncomfortable with the question, “How healthy are the indicators in all the areas that matter to you most?” 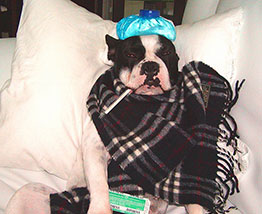 Admittedly, as soon as I purposed to address the topic, “Secrets to Staying Motivated”,
I felt completely distracted. I blame it on Spring Fever. Which is plausible – given that the temperature has soared and the world went from brown to technicolor. But there’s a difference between Spring Fever – which diverts your attention and creates a yearning in your soul – and the frustrating sense of being stuck, aggravated and a bit burned out. How do you tell the difference? It’s not hard.

1. Lack of focus
2. Lethargy
3. Loss of concentration
4. Busy but not productive
5. Depression
6. Unable to finish what you’ve started
7. Highly critical of yourself
8. Procrastination
9. Inability to see options
10. Your world shrank (if you don’t understand what that means – congratulations)

Where do you find the dogged persistence of the Diana Nyads of the world? Diana became the first person to swim from Cuba to Florida without the help of a shark cage in 2013 at the age of 64. She accomplished this remarkable feat on her fifth try to complete the approximately 110-mile swim. Her first attempt was in 1978 and she was unsuccessful in her repeated attempts in 2011 and 2012. As she clambered from the water after nearly 53 hours, she said, “I have three messages. One is, we should never, ever give up. Two is, you’re never too old to chase your dream. Three is, it looks like a solitary sport, but it is a team.” A long-time friend said, “I always thought she could do it given her internal energy, her mental and physical strength, her will of iron.” 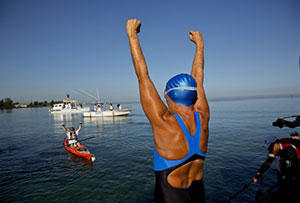 Where do you find internal energy and a will of iron? Deep. Really deep.

You have to dive deep to tap into the drive that got you started on your journey. Drive is often based on what a person believes about their own abilities, not on how objectively talented they actually are, according to research by Albert Bandura, a professor of psychology at Stanford University. His work has shown that people who have perceived self-efficacy (that is, the belief that they can accomplish what they set out to do) perform better than those who don’t.

It’s time to renew your belief that if you persist, you WILL succeed. If you could use some fresh motivation and the tools to renew your focus and drive, contact me. I have the resources and am happy to share.