It’s Monday and it’s a national holiday.  I know there are more than a few people that are restless because they’re not working. I am a recovering workaholic, so I know the symptoms. I am here to tell you…. 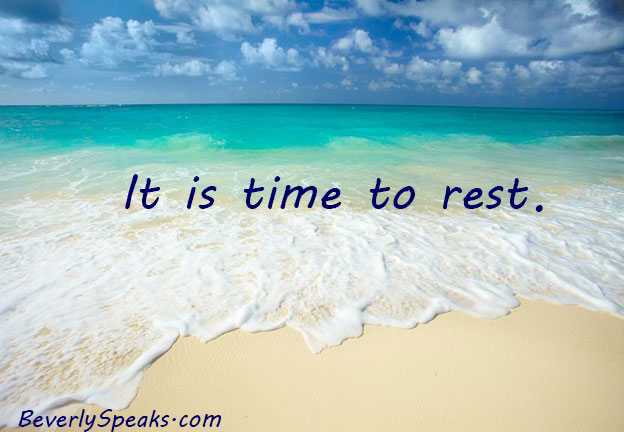 No Guilt. No Regrets.

I know all about a good work ethic. In fact, I’ve been described as the lady who works like her hair’s on fire, and I’m okay with that. Work Ethic, by definition, is a belief in the benefit of work and its ability to enhance character. The word ethic overlays a values-based perspective, so integrity is certainly an integral part of the concept. A work ethic may include being reliable, having initiative, or pursuing new skills.

A strong work ethic is NOT a the driving compulsion that keeps you at your desk at all hours while your relationships wither from lack of attention. Work ethic produces happiness and includes the reward of rest. Rest with no guilt, thus no regrets.

Guilt and regret are a dangerous duo, known thieves of peace and happiness. Once they gain entrance to your mind, their lies become pervasive and they’re hard to eradicate. Take them captive on sight and send them packing. Be on guard against these two – they are up to no good.

I think perhaps moms own the market share of guilt. Addressing that issue would be a book, rather than a blog post, so let’s talk about living with no regrets.

I like to learn from the mistakes of others whenever possible. The recollections of a palliative nurse offer some insights that can serve well in choosing to live fully with no regrets. (I had to look up “palliative” nurse – it’s someone intended to make a bad situation seem better but that does not really improve the situation on a medical level.)

The Top 5 Regrets Of The Dying
(From an article by Joe Martino)
1. I wish I’d had the courage to live a life true to myself, not the life others expected of me.

3. I wish I’d had the courage to express my feelings.

4. I wish I had stayed in touch with my friends.

5. I wish that I had let myself be happier.

Work-life balance is often written about as if it were a new challenge.  The concept goes back to the 19th century, but the challenges presented by technology and being hyper-connected are more recent.  Design a life that leaves no room for guilt or regret.

“The master in the art of living makes little distinction between his work and his play, his labor and his leisure, his mind and his body, his information and his recreation, his love and his religion. He hardly knows which is which. He simply pursues his vision of excellence at whatever he does, leaving others to decide whether he is working or playing. To him he’s always doing both.” – James Michener