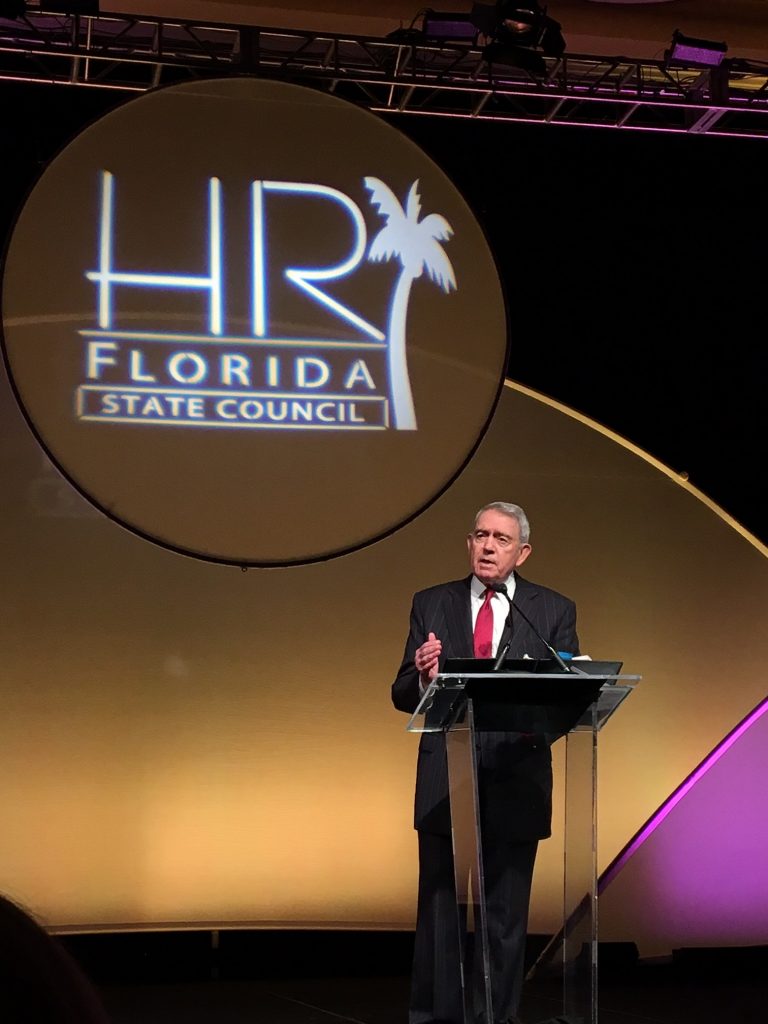 As a speaker at the Society of Human Resource Professionals Florida State Conference this week, I had the privilege to meet Dan Rather. He delivered the keynote address on The Great Eight of Effective Leaders and admittedly, it was an aspect of the conference I looked forward to with great anticipation. In my mind, Rather is an icon of another era of journalism. An era when reporting the news accurately and without bias was a guiding principle for the media. Patriotism, courage, respect, dignity; these are attributes I expected in Rather.  I was certainly not disappointed.

Rather struck me as a man of deep humility who loves America profoundly. I am not naïve enough to idolize him or think he is quite perfect. Perhaps my star-struck admiration of Rather is because he brings to mind memories of my dad, who listened to him nightly. I am a fan without apology. We all need mentors and heroes and there are none without fault. There’s actually some comfort in that reality, isn’t there? I am also inspired by the fact that at age 85, Mr. Rather is still speaking, traveling, working, impacting lives, and making a difference in the world.

The theme of the conference was leadership, thus Mr. Rather challenged each of us to join him on the quest to become an ever better leader – knowing that great leaders do not necessarily have great titles. Your dream is your navigational star. A simple way of always keeping it in sight is to carry a laminated card that asks, “is what I am doing now helping me to reach my goal?” 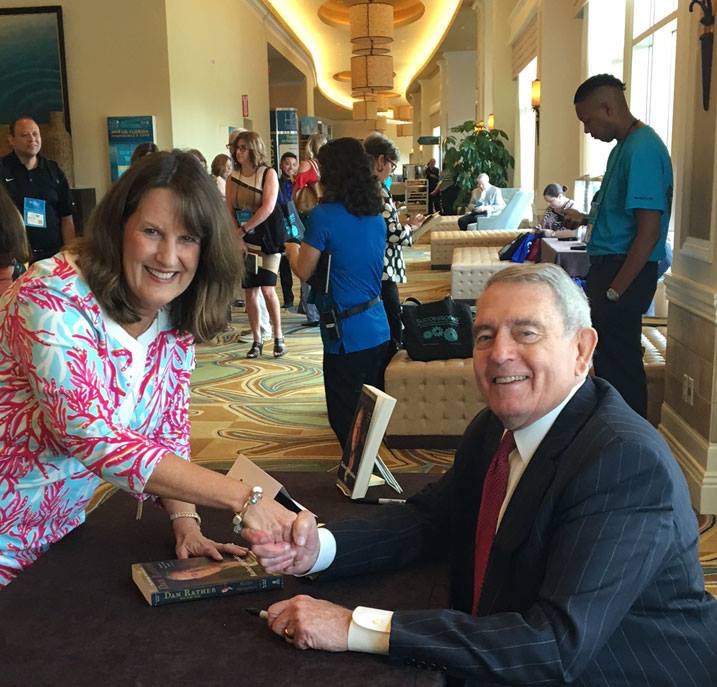 The Great Eight of Effective Leaders

Not surprisingly, the stories Rather told of lessons learned from world leaders kept me on the edge of my seat.  It was as if leadership lessons from the history books came to life through Dan Rather.

Dr. Martin Luther King, Jr. – When life gets chaotic, get quiet. Take time to focus and get centered within yourself.

C.S. Lewis – Courage. “Courage is not simply one of the virtues but the form of every virtue at the testing point…”

Mother Teresa – A gently and deeply spiritual woman, she possessed remarkable toughness. She didn’t hesitate to display it when standing up for what she believed was right.

Nelson Mandela – Described as a man of deep determination and unrelenting resolve. In every storm of life he was oak and iron.

Dalai Lama – The Dalai Lama is a realist who radiates optimism. He spends two hours every day studying science and reading.

Jimmy Carter – His honesty and authenticity were disarming. He also conveys an unwavering sense of optimism.

President Dwight Eisenhower – He was a gentle man, which was unexpected in light of his remarkable military record and status as a five-star general in the U.S. Army.

Juan Manuel Santos (President of Columbia) – Find the common ground  with others.

President Lyndon B. Johnson – Johnson never entered a room where decisions were being made without knowing something about every person in the room. Even if he had to send an aide out to do quick research, he made sure he had nuggets of knowledge.

Mr. Rather noted that the two most evil men he had the experience of meeting were Saddam Hussein and Vladimir Putin. He noted that Hussein was a stone cold killer who had a mentality that survival is victory. Rather emphatically stated how wrong this mind-set is. The truth; it is better to lose with honor than win in disgrace.

Rather encouraged us to exploit success and elaborated on the concept. When you experience  breakthrough, move fast. Pour through the opening and press in to success.

Dan Rather concluded his message with emotion as he read the poignant words from Luther Vandross’ The Impossible Dream:
To dream the impossible dream
To fight the unbeatable foe
To bear with unbearable sorrow
And to run where
The brave dare not go
To right the unrightable wrong
And to love pure and chaste from afar
To try when your arms are too weary
To reach the unreachable star
This is my quest
To follow that star
No matter how hopeless
No matter how far
To fight for the right
Without question or pause
To be willing to march,
March into hell
For that heavenly cause
And I know
If I’ll only be true
To this glorious quest
That my heart
Will lie peaceful and calm
When I’m laid to my rest.

Wishing courage to you as you continue your quest. I’ll meet you at the top.