What do you do when your life blows up? You go on.

Such is the advice of Rebekah Gregory in describing her journey of healing after being three feet from the bomb that exploded at the Boston Marathon on April 15, 2013. As Rebekah spoke to a packed audience at the Women’s Work-Life Symposium in Panama City, she told of the horror of opening her eyes to an unthinkable scene littered with body parts and blood. Her terror was fueled by not knowing where her five year old son was, who had been sitting on her feet at the time of the explosion. He was being rushed to a different hospital, having suffered comparatively minor injuries to those of Rebekah, whose body shielded her son as the shrapnel tore into her back and legs. After dozens of surgeries over a period of 15 months, Rebekah’s left leg was amputated. She wore a dress and shared her determination that if she has to have a prosthetic leg, she is going to “rock it”. She is a beautiful face of courage.

In preparing for the trial of Dzhokhar Tsarnaev, the brother who is on death row for his part in the act of terrorism, Rebekah was asked by the FBI to complete a Victim Impact Statement. She agreed to do so with the condition she could state she refuses to take on the role of a victim. She was able to look into the eyes of the bomber while making her statement from the stand and say, “You didn’t win. Your efforts to cause destruction were actually a catalyst for unity that unleashed a torrent of goodness from people helping one another.”  Rebekah’s motto is, “with every new day comes new hope.”

In full authenticity, she shared the continual struggle she faces to be courageous. The recent terrorist bombing in Manchester triggered the PTSD (Post Traumatic Stress Disorder) she deals with and caused her to cower in her bed for 24 hours after she heard the report of the same type of device and strategy that was used in Boston being used again in a crowd. Since her trip to our city was mere days later, she found herself unable to get on the plane to travel as waves of fear shook her to the core. Instead, her husband drove her the nearly 11 hours to speak. Rebekah’s commitment to becoming better instead of bitter is deeply impactful.

Rebekah has a newly released book, Taking My Life Back: My Story of Faith, Determination, and Surviving the Boston Marathon Bombing.  Courage has many faces. I am thankful for the opportunity to see it in the smile and contagious optimism of Rebekah Gregory. 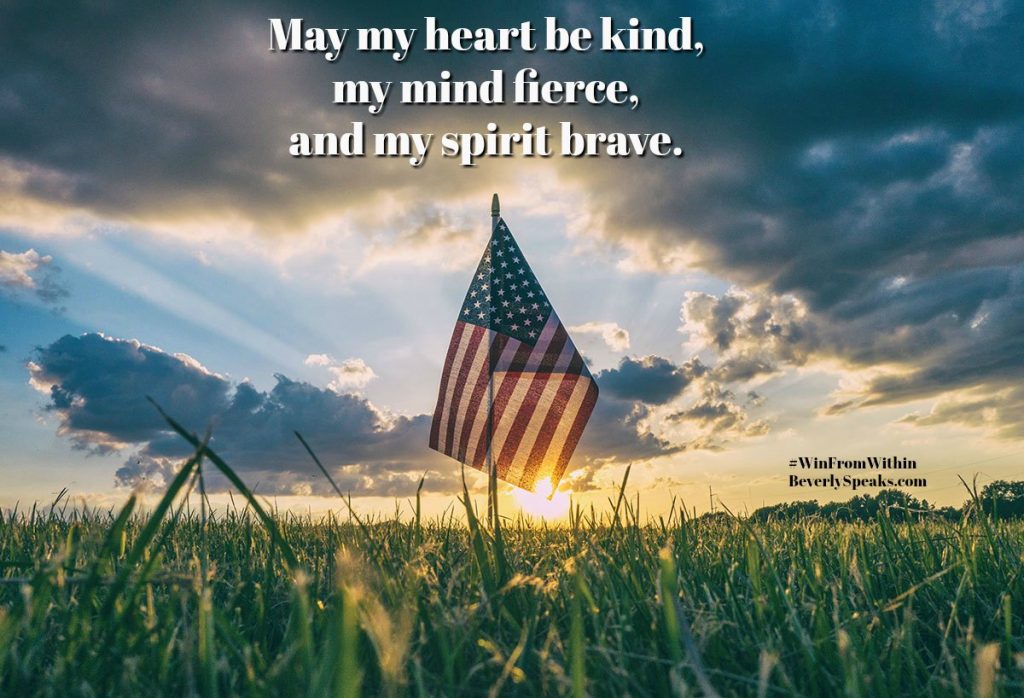