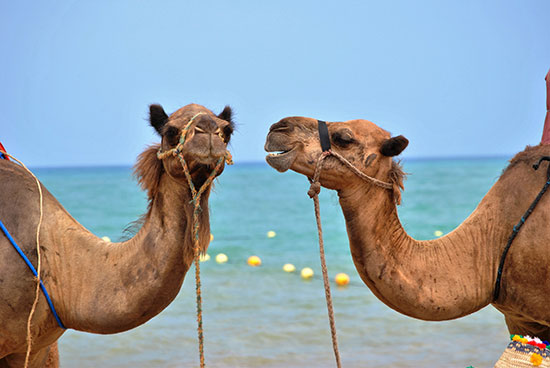 All my life, I’ve heard the saying, “two heads are better than one”. Is it really true?

The ancient wisdom found in the Book of Proverbs says, “Iron sharpens iron, so one person sharpens another.” It’s exhilarating to experience the synergy of two minds sparking the electricity to generate powerful ideas and strategies. That’s what is called a “brainstorm” and it can be brilliant!

I am always interested (and slightly entertained) when modern scientists publish “breakthrough” research supporting timeless truths. Like the study on Optimally Interacting Minds, conducted  by Bahador Bahrami and published in Science.  The premise was that we perform better and make more sensible decisions by putting our heads together than by working alone.

So, Are Two Heads Better Than One?

My take… it depends. A huge part of my message is about building teams that have shared vision and shared core values. When there is unity on the things that truly matter, strategies can be worked out. On the other hand, consider the word division. It literally means, two visions. To begin a journey with another without agreeing on the destination is folly.

Let me illustrate the point with my own marriage. Personality-wise, Jim and I are polar opposites. Yet we are on the same page with our vision for what we want for our family. In addition, our core values are completely congruent. So even though we may not agree on many things, we find we balance one another well. When we put our heads and hearts together, the outcome is better than either one of us could produce by ourselves. The word for that is synergy: 1 + 1 = 3.  Yes, two heads can definitely be better than one.

In the realm of business relationships, Richard Branson has this to say:  “Two heads are definitely better than one and by brainstorming as a team and sourcing ideas from each other, you have a better chance of coming up with a strategy that will allow your business to overcome a setback or challenge.”

Good communication is the heart of success in anything. Collaboration and cooperation often take more effort than just doing it yourself, but ultimately, the result can be bigger and better. Leaders understand this and leverage the power of teamwork.