The Emerald Coast of Florida boasts sugar-white sand, sparkling water and bright sun punctuated by summer thunderstorms with full light and sound shows. And at the end of every day, the spectacular sunsets beat any fireworks display hands down. Those of us who live here love to boast that we live where everyone else vacations. But there’s danger in paradise. Of course we have crime, accidents and even sharks. It’s the unseen danger in the warm waters that can change an afternoon of fun into moments of sheer terror. That’s exactly what one family experienced last weekend.

A Human Chain – The Power of Teamwork

Rip Currents are common occurrences but are usually only detected by a highly trained eye. Last Sunday, two young boys, vacationing with their family, were swimming in the gulf when they got caught in a Rip Current.  When their mother realized they were in danger, she and several other family members rushed to their rescue – only to find themselves literally in over their heads and going down. An estimated 80 people got involved to save the lives of an entire family. Instead of standing on the beach watching, these people jumped into the water and formed a human chain to rescue those caught in the Rip Current. The event made national news.

The story went viral because it has a dramatic “wow” factor. As an executive trainer, it caused me to reflect again on the power of teamwork. Everyone recognizes that you can accomplish more when you pool strengths than you can as an individual. It’s called synergy – two heads are better than one. 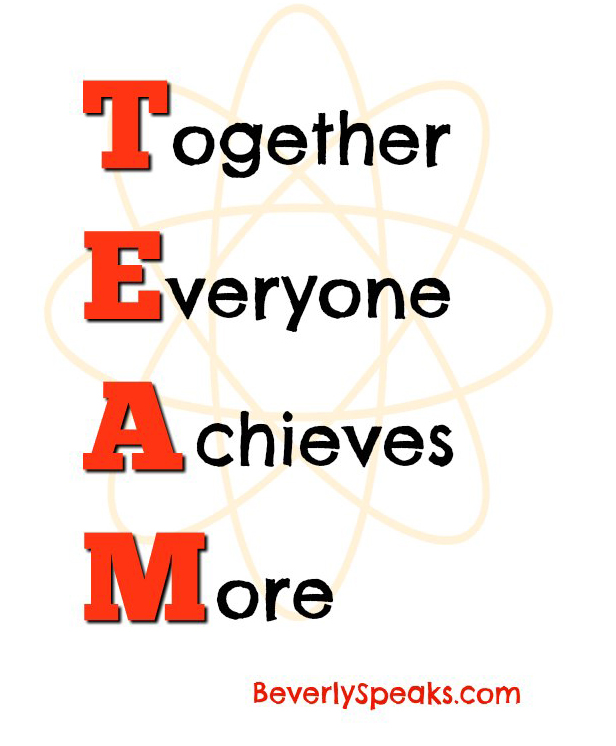 Our culture seems to be stuck in a cycle of divisiveness. People are more often seen drawing a line in the sand and yelling names across it than rushing to get in a line to come to somebody’s aid. Here are some team-building lessons from the rescue on Panama City Beach:

1) Getting involved is the only way to build a sense of community.

2) Being a team player can mean the difference between winning and losing. In some cases it’s a matter of life and death.

3) You learn new things when you participate in a team.

4) It can build your confidence to be a participant in something extraordinary.

5) It creates an opportunity to build meaningful relationships.

Are there risks? Of course. Whenever you give of yourself, there is a certain level of exposure and vulnerability. The alternative of playing it safe will never result in remarkable experiences.

Many of the greatest accomplishments in life are achieved when people pull together for a common good. Vince Lombardi said, “Individual commitment to a group effort – that is what makes a team work, company work, a society work, a civilization work.” Get involved – you will grow through realizing the power of team work.