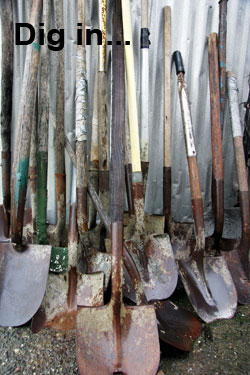 Recently, as I transferred items from yesterday’s “To Do” List onto a new day AGAIN, I wondered if I will ever have everything done. To be totally caught up is not something I’ve experienced in the past 40 years or so.  There’s a sign that reads, “If each one of us is assigned a certain number of things to accomplish while on this earth, I’m so behind, I shall never die.”

Part of the issue here is that everything (or almost everything) takes longer to accomplish than I plan. Apparently, I’m not the only one with this problem as there’s even a law that describes this. It’s called Hofstadter’s law after cognitive scientist Douglas Hofstadter, who states that any task you’re planning to complete will always take longer than expected. This  “planning fallacy” is a strange kind of delusion that is well documented by psychologists.

Instead of being frustrated by this phenomenon, I’ve decided to be thankful to be in the company of brilliant people like Oxford University blogger Eliezer Yudkowsky who writes, ” The unlikely trick is to plan in less detail: avoid considering the specifics and simply ask yourself how long it’s taken to do roughly similar things before. You’ll get back an answer that sounds hideously long, and clearly reflects no understanding of the special reasons why this task will take less time,” he writes. “This answer is true. Deal with it.”

At the end of the day, let there be no excuses and no regrets.  Dig in….

Note: Thanks to FreeRangeStock.com for the image. Just found this great free site for blog images.