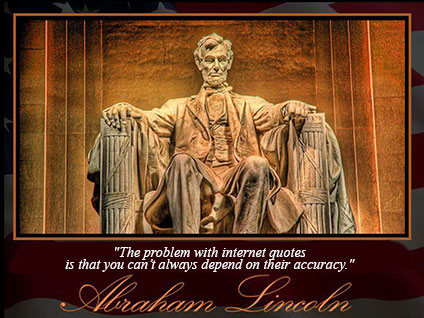 As a child, I recall my dad’s repeated admonition, “don’t believe something just because you saw it on T.V. or read it in a newspaper”. Though we happily departed from that philosophy every Christmas Eve when Chet Huntley and David Brinkley tracked the progress of Santa’s sleigh on the NBC news – as a rule, he always exhorted me to be discerning of the truth.

Dad didn’t live to see the explosion of the internet and the rapid dissemination of news with the click of a mouse, but his advice still holds true – “don’t believe something just because you read it somewhere.” His advice continued with, “don’t repeat it unless you know it’s true and it is edifying.” A wise man, indeed.

Snopes.com is the hugely popular urban legends reference site, started in 1995 by Barbara and David Mikkelson.  People continuously question the validity of the crazy stories that spread like wildfire through social media. The Mikkelsons have been referred to as “The Rumor Detectives”.  Snopes provides a much-needed place to separate truth from fiction.  (It’s such a waste to lose credibility with someone because you forwarded false information.) Stories are great – but they better be true!

What story are you telling?

The Power of Your Own True Story

Everybody has a story and nobody can tell your story like you can.  (I hear my dad’s voice in my head again…”always tell the truth. That way you never have to worry about keeping your story straight.”)

Stories are a powerful way of communicating. In this age of information overload, stories have retained their ability to captivate, convince and inspire. They touch the heart and can engage the listener in a way they will remember.

You have something as near as your breath that is uniquely yours and provides a key to your success. Your story.

Are you articulating it clearly and to the right people?

The ancient tradition of storytelling is not a lost art, but a very current way to be heard amidst the clamor.

You are warmly invited to work on crafting your story in such a way that it is the asset it is intended to be.
Join me on Thursday, June 5th  for a free session on “Telling Your Story to Make a Difference”