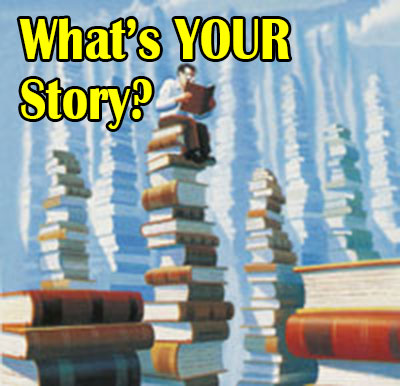 The other day, I was talking with a cousin who has spent considerable time tracing our family genealogy. He has traveled, etched tombstones, spent hours poring over archives and done an amazing job of unearthing details. All to document a very colorful family tree, which incidentally, now qualifies me for membership in the DAR (Daughters of the American Revolution).  I’ve yet to delve into that. My cousin has an uproariously funny storytelling ability, so he has managed to interest the whole family in our history. I’ve been reflecting on that gift the past few days.

I recently read The Storyteller’s Daughter by Saira Shah, a tale of an Afghan woman who was raised in England but developed an insatiable thirst to taste and see the wonders of her homeland for herself. Not surprisingly, the actual experience was a harsh world away from the poetic descriptions of her father.  Her story contributed to my thoughts about the historical importance of storytelling.

Storytelling is documented as far back as the Aurignacian period – prehistoric times. There are about 340 caves in France and Spain that contain cave paintings that tell stories about life thousands and thousands of years ago.

Everyone has a story that’s worth telling. So much has changed since simpler times before technology ruled our world.  The staggering volume of information available by doing a Google search does not trump the human connection that storytelling allows.

Blogging is a modern version of storytelling. As important as oral traditions of storytelling have been in anthropology, there are inherent shortcomings. Important truths can be lost in translation and are only one generation shy of being lost forever. Have you ever considered that your blog is making history? A humbling thought – and challenging as well.

All of the talk of SEO, Alexa ratings and rankings on Amazon  – the constant emphasis on numbers and visibility – can be discouraging. (Especially if you feel like a miniscule blogger – the proverbial voice in the wilderness.)

Here’s the truth: your story makes a difference. Tell it. Speak it, write it, sing it, paint it. However you can express it – do it!  You might think no one hears you. But your life matters and your story needs to be told. Your success doesn’t have to be defined by someone else’s graph.

One of my long-standing favorite definitions of success comes from Ralph Waldo Emerson:

To laugh often and much; to win the respect of intelligent people
and the affection of children;
to earn the appreciation of old and new friends;
to appreciate beauty; to find the best in others;
to leave the world a bit better,
whether by a healthy child, a garden patch, or a redeemed social condition;
to know that even one life has breathed easier because you have lived.
This is to have succeeded.

Your life makes a difference.