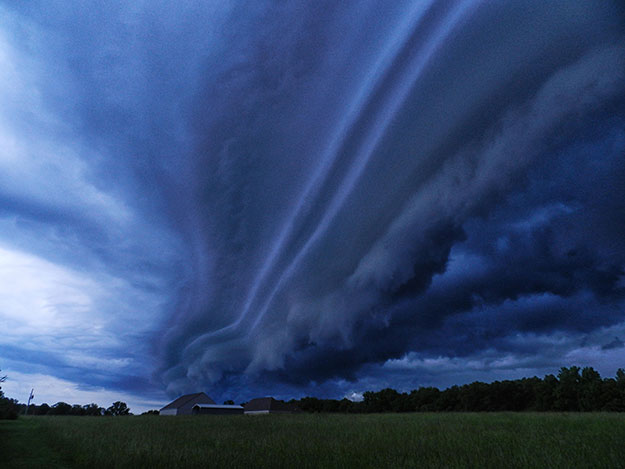 I can almost set my watch by the afternoon thunderstorms that come marching through right about 4:00 pm most summer days. There’s the build-up of ominous dark clouds, sharp flashes of lightning and lots of deep rumbling – followed by varying amounts of rain. Typically the sun comes out soon after.
You don’t need a spa to experience a sauna around here.

One recent afternoon, it all happened differently. The clouds lined up, but next thing I knew, the wind was howling at about 60 mph. The rain was coming in sideways as all the trees and shrubs bent over with the force of the storm. It was over in a matter of minutes. It was unexpected, fast and furious, but the damage was remarkable. A roof was peeled off of an auto dealership, trees were down, power was out – it was not your normal thunderstorm.

I’ve experienced those kinds of storms in relationships and it’s not pretty. Almost every relationship has its share of thundershowers – disagreements and discussions that rumble and might even have some lightning bolts. With open communication and commitment to sustaining a healthy relationship, these move on and the sun comes out quickly.

But then there are those storms that are part of a deeper system that’s been building. The destruction that can happen in moments can be devastating. I used to be one of those people who let things that bothered me build up. I would suppress my feelings until I felt like I was going to explode – and then I did. The intensity of those emotion-laden tempests inevitably caused more damage than I anticipated. Once words are unleashed and spoken, you can’t take them back. We all know the old rhyme, “sticks and stones may break my bones but words can never hurt me”, is an outright lie. It has taken me years to get better at what I call courageous communication. It means bringing up issues that are bothersome when I don’t really want to deal with the confrontation. It means rocking the boat when I would rather just sail along. But the little squalls are better than the severe damage caused by hurricane-strength emotions.
I’ve witnessed relationships that took years to repair when words were exchanged under duress. Inevitably, there are those relationships that are completely destroyed – people walk away and all that remains is the wreckage.

No one can argue that enduring relationships take work. (Some more than others!) Our society has developed a pattern that makes it seem normal to just quit trying. When you quit communicating, quit forgiving, quit caring – marriages end, employees quit, friendships shatter, churches split. The cost is enormous.

Instead, we can choose to create a culture in our homes, businesses and communities where courageous communication, forgiveness and compassion enable us to work through our differences and build healthy relationships.

The most important single ingredient in the formula of success is knowing how to get along with people. -Teddy Roosevelt 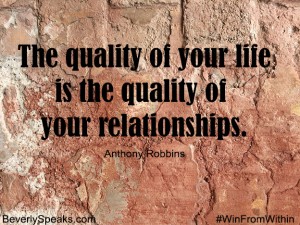