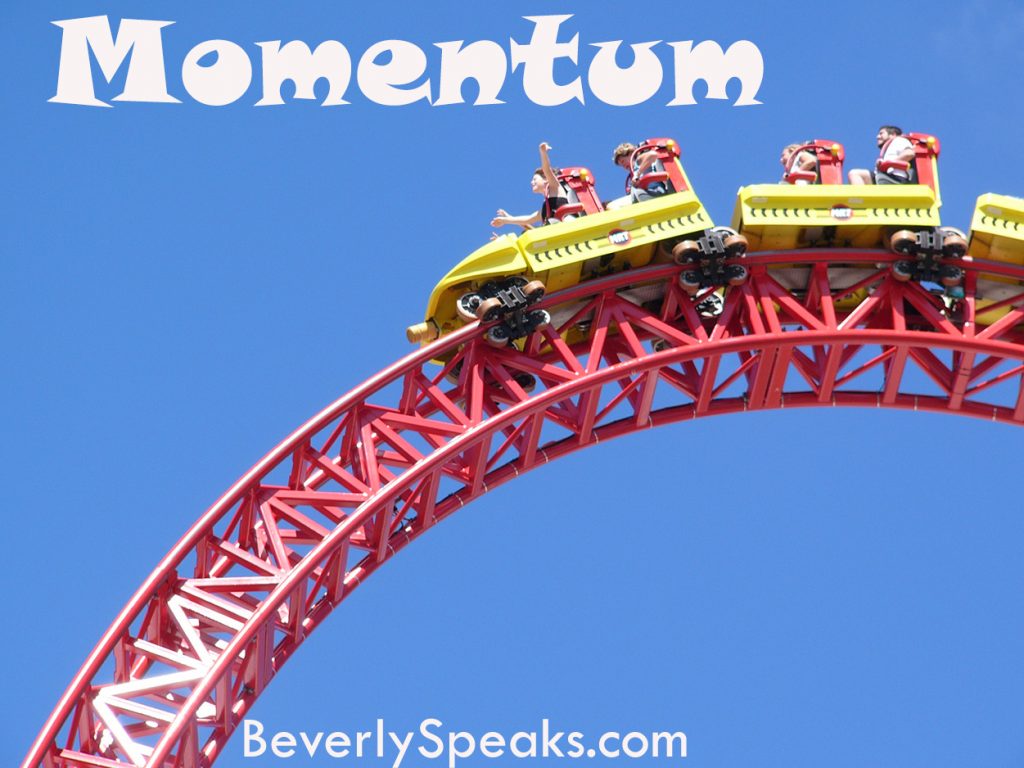 Physics was not my favorite subject in school, but I must admit to a certain fascination with Sir Issac Newton’s Laws of Motion. He addresses momentum, inertia, acceleration, force, velocity and predictable reactions – all significant concepts when it comes to success. The laws of nature and science carry much wisdom that directly apply to business development.

I learned memorable lessons about momentum through pushing a car.  Not just ANY car – one particular automobile that weighed a ton. It happened to be my first car and it provided many practical lessons in things ranging from humility to resourcefulness.

My parents had a tireless work ethic and a budget consciousness that would make Dave Ramsey applaud. They made no apology about the rule that their daughters had to purchase their first car with their own money. Furthermore, they limited the number of hours we were allowed to work in part-time jobs during high school because of their “schoolwork first” policy. Not surprisingly, my first car was not a stellar piece of equipment. Because this vehicle was anything but a source of pride for me, I have no pictures of it so you will have to use your imagination. It was an old Ford Falcon with blue paint so faded it was almost white. It burned oil, so there was always a trail of smoke behind me and a jug of oil in the trunk so I could top it off regularly. It sported a manual transmission operated by a 3-speed-on-the-column shift lever that got stuck. Often. Whenever this happened, I would have to jump out of the car, pop the hood, lean down and jiggle the transmission levers loose.  This was always at a traffic light with an audience. That was on a good day of driving. A bad day of driving included emergencies like stalling in the middle of a busy intersection in a driving rainstorm. Lovely.

That’s when I learned a lot about momentum. I learned strategies about pushing and perseverance. And it has served me well.

The hardest part of creating momentum is getting started. It takes a lot of energy to overcome inertia, but once you exert the energy to overcome that, the law of momentum begins to work on your behalf. Another good lesson from old cars with a manual transmission is that once moving, you can jump-start the engine. So you focus on getting it rolling, not on how far you need to drive to your destination.

Another principle that stuck with me is that if I focus on moving toward the goal and PUSH, it’s going to get easier. Lean in, rock it forward. Lean in, and let the rocking motion grow. Oh, did I mention that it’s going to roll back? So often, when we begin a project, it doesn’t appear that we’re making progress. That’s actually part of the process. Three steps forward, two steps back – that’s the road to success.

Are you familiar with the acronym for PUSH? It says,
Pray
Until
Something
Happens

I love that and I do that. But after you’ve prayed, you have to get up and take action. You can’t just sit in your chair and hope momentum comes to you.

Last, is a huge bonus I learned with all this pushing: it really doesn’t matter what others think of you. You might look a little crazy.  But you have to start where you are, with what you have and move forward from that place. I was highly motivated to work hard to get a better car that I didn’t have to push. And I did.

Be relentless. At some point, you’re going to be able to jump in and ride.