Out of gas. Stuck. Frustrated. Burned out. 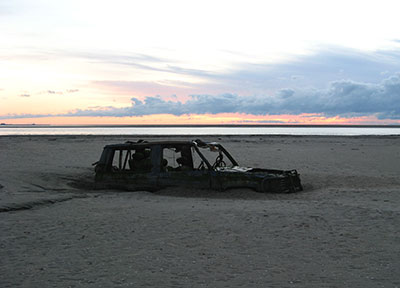 You know where you were headed and when you were supposed to be there, but now you’re delayed.

Not to mention disappointed in yourself.

How are you going to respond?

1. Dig deep and recall the reasons you started – whether it be a project, a relationship, a job – the principles are the same. Without a reason why, any price is too high. Keep your vision front and center. (This is why a vision board is so vital.) Revisit the purpose and passion that you had at the beginning. Imagine – in vivid details- what it will feel like when you have accomplished your goal. Character is following through with a good thing, even when the mood has left you. And it will leave you. Don’t beat yourself over that fact – it just means you’re human. It’s what you do next that makes the difference between success and mediocrity.
2. Break down your strategy into small steps and celebrate the little victories. If you haven’t been journaling as you go, you may not even realize how far you have actually come. “Once a small win has been accomplished, forces are set in motion that favor another small win,” says Psychologist Karl Weick, author of “Small Wins: Redefining the Scale of Social Problems”. “The first step toward getting somewhere is to decide that you’re not going to stay where you are. 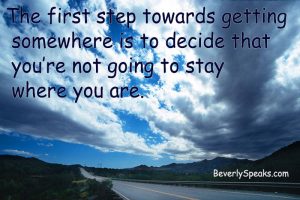 3. Anticipate setbacks & have a Plan B. (My nickname in my head is Queen B – because I usually have a back-up plan. If you can’t go through, you might have to go around.)

Peter Gollwitzer, a professor of psychology at New York University, says that people who plan for obstacles are more likely to stick with projects than those who don’t. In a study published in the American Journal of Preventive Medicine, Gollwitzer compared two groups of women who set fitness goals. Both groups were given information on leading healthy lifestyles. But the second group was also taught how to plan for obstacles (example: “It’s raining and but I was planning to go for a jog”) and work around them using if-then statements (“If it rains, then I’ll go to the gym and use the treadmill rather than skip exercising altogether”). No surprise, those in the second group fared better.

It’s a myth that motivation is all about passion. It usually doesn’t sparkle.  It’s more about determination, discipline, and mental toughness than anything else.

Another smart way to get moving and gain momentum in your life is team with a group of people who are headed in the direction you want to go. And here’s your opportunity. Join me for a Free Lunch & Learn Webinar on Weds., May 25th.

Momentum: How to Start When You’re Stuck – Details  HERE