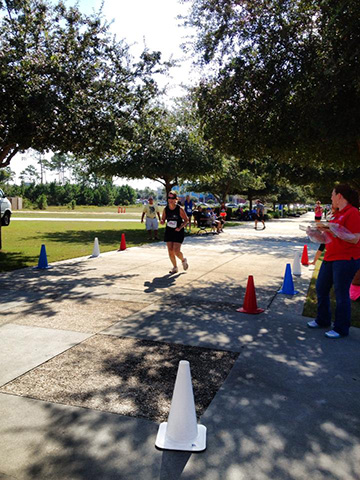 Running a half-marathon stretched my identity.

We all have areas we belittle ourselves in.

It so happens, I’ve never been particularly coordinated. Thus I’ve never considered myself to be athletic. In fact, I’ve gotten hurt more than a few times. I’ve even broken bones. My mom still tells me when I’m leaving on a trip,  “keep your feet under you.”

What follows when we fall short of our own expectations is we start to talk smack to ourselves.

But our identity is always greater than what we’ve accomplished thus far.

So when the idea first formed in my mind to train for a half-marathon, I figured it would be rather miraculous to do it without hurting myself. I wasn’t concerned about strained muscles or blistered feet. My focus was on finishing the race without taking a tumble that left me bleeding and broken.

Out of shape. I’ll train.

Never run a race in my life.  I’ll start now.

“I hated every minute of training,
but I said, ‘Don’t quit.
Suffer now
and live the rest of your
life as a champion.”
Muhammad Ali

I did it. I trained. I pressed through the pain.  I ran the race without incident or injury. I even got a medal. (I placed second in my age group. So maybe there weren’t many in my age group – that’s a statement in itself.)

This year, I’ve encouraged every woman I know to read, “Lean In”, by Sheryl Sandberg. Her message is all about encouraging women to pursue their ambitions and change their conversation from what they can’t do to what they can do.  As a businesswoman, I’ve been hearing about the glass ceiling since I was in college. Merriam-Webster defines it as “an unfair system or set of attitudes that prevents some people (such as women or minorities) from getting the most powerful positions.”

But what if the attitudes that hold us back are internal?

“If you want to find the real competition,
just look in the mirror. After awhile
you’ll see your rivals scrambling
for second place.” ~Criss Jami

I ran in support of Girls Inc. of Bay County. Their motto is

I like it.  I might have to tag “fit” onto that after my half-marathon. Victory over our own limiting thoughts can be the sweetest win of all. 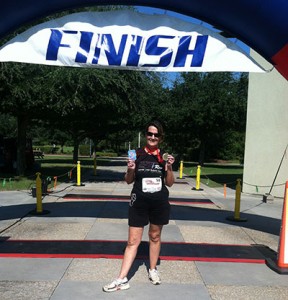 Before you run, I encourage you to register for my updates on Leadership, Inspiration,  Motivation and Mastery. I promise you won’t get too many emails. (You’re more likely to say, “finally”, when I show up in your Inbox.)

4 thoughts on “Lessons From A Half-Marathon”