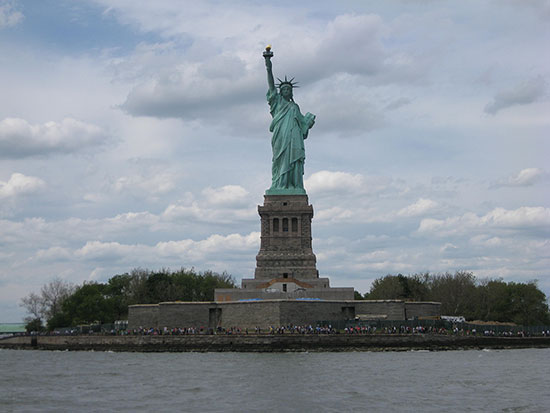 One of the loveliest parts of travel is returning home. The comfort of the known, the familiar rhythm of daily life… it all has a fresh luster when you return from adventures in foreign lands.

Breezing through customs last week, the agent declared, “Welcome Home” as the anthem  “America, America, God shed your grace on thee…” rang in my head.

It’s easy to get caught up in the steady flow of grim news we feed on daily. Shootings, race riots, corruption, drugs, debauchery and the shocking immorality of society gone mad … it’s disheartening.

But after visiting four European countries this month, I am reminded that America is still the best place in the world to live. People from other countries still look from afar and long for the freedoms we so often take for granted. America is still the land of the free and the home of the brave. If you don’t like your job or where you live, you can change it. Many people all over the world don’t have that luxury. 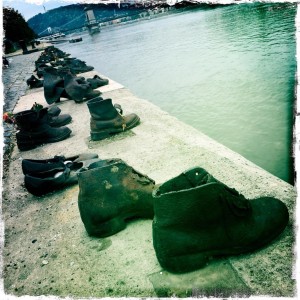 I think the stark reminders of the Holocaust that are still present in countries like Slavakia and Hungary were a real wake-up call for me.  In the old town of Bratislava, the capital of Slavakia, there are still entire neighborhoods that are bombed out – having never been repaired after Hitler’s invasion. The poignant memorial along the banks of the Danube in Budapest has haunted my thoughts. I walked the banks by myself at dawn on a rainy morning and it seemed as if heaven was weeping at the atrocities an entire people-group suffered.

We might not agree with the policies of the current President. We might chafe under ever-increasing government regulations and overspending of our tax dollars. You might love the Affordable Health Care Act or hate it. There’s plenty of things to complain about. But there is nothing wrong in America that can’t be fixed by what is right in America. Life in the land of opportunity is still good.

America did not tell the millions of men and women who came from every country in the world and who–with their hands, their intelligence and their heart–built the greatest nation in the world: “Come, and everything will be given to you.” She said: “Come, and the only limits to what you’ll be able to achieve will be your own courage and your own talent.”  – Nicolas Sakozy, former President of France in a 2007 address in the U.S.

Today, I choose gratitude. I am thankful for freedom to work, to grow, to earn and to speak my mind. America is still beautiful. And I’m going to make the most of the opportunities that are before me. Are you coming?

1 thought on “Life in the Land of Opportunity”