Courage wears many faces. Seems like it’s easier to recognize when it’s not your own. Think about people you regard as courageous. What attributes do they have that put them in your personal hall of courage?  Gumption? Guts?  Chutzpah?( I had someone describe me with that term once and I had to look it up. It means audacity or nerve and it was intended as a compliment. ) Courage is a valuable leadership trait. 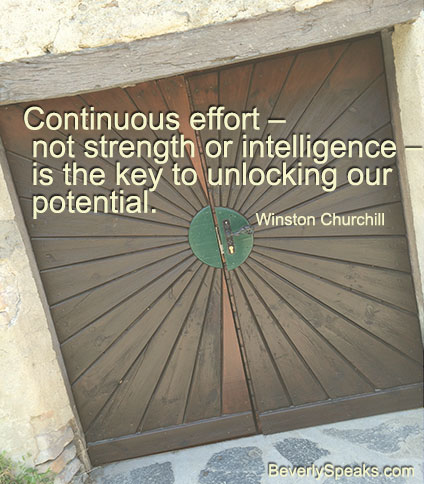 Noah is not the first name that pops in my head when I reflect on Biblical figures depicting courage. Daniel in the lion’s den, David taking down Goliath… there are numerous individuals that made the news when it comes to courageous acts. Then there’s Noah. He brings to mind an ark, a rainbow, and animal pairs parading down a ramp after a successful boat trip. But that’s just the headline to a long, long story.

Consider what Noah went through in building the ark. It is reported to have taken close to 100 years to construct what was essentially the world’s first cruise ship. Seriously, this boat was almost as big as the Titanic. He couldn’t order his lumber from Home Depot, he had to cut all the trees. Oh, and the tools didn’t come from the hardware store – they had to be handmade.  Did I mention he was living in the middle of a desert region, warning people about a flood? Not surprisingly, people thought he was nuts.  This is substantiated by the fact that only his family helped him. There were only four couples that actually got on the boat when it started raining. And this was after he’d been preaching to anyone who would listen for 100 years.

Would you have persevered through all that? Hard work, tireless effort with no immediate pay-out, faith that is ostracized, unwavering commitment. That looks like courage to me.

I’ve been thinking about how easy it is to become frustrated as we pursue our calling. We have days of excitement, high energy and vision followed by months of paying the price, doing the work and hoping it’s not all for naught.

We want our lives to make a difference. We want our efforts to count. We want to see the fulfillment of what we’ve hoped for.  And it typically takes longer than we expected and costs more than we imagined. It takes perseverance and courage.

That’s what leadership is made of.