Unity is oneness, yet it exponentially multiplies the magnitude of any effort. Too little is written about it, perhaps because it is so elusive in our culture of individuality and independence.

The power of unity has long been recognized and has been harnessed for both good and evil. In the movie Gladiator, Maximus Decimus Meridius and his fellow gladiators are in the Roman Coliseum preparing for a bloody battle when Maximus exhorts the others to band together as one. “Whatever comes out of these gates, we’ve got a better chance of survival if we work together. If we stay together we survive. Come together. Lock your Shields, stay as one!” What a powerful demonstration of unity!

Unity was originally designed to be modeled by the family unit. Families are supposed to be a united tribe that loves, protects, defends, forgives and sticks together through thick and thin. It’s a rare thing to see a family functioning that way. Since dysfunctional families have become the norm, many people have no idea what unity even looks like.

It’s sad that it often takes tragedy to provoke people to drop their differences and work together. Think about how our nation responded after 911. In the midst of tremendous loss, there was more love, cooperation and patriotism than we’d seen in years. When Louisiana was decimated by Hurricane Katrina, people from all over the country gave of their time, money and talents to help. This behavior is seen to some degree whenever disaster strikes. In the wake of the recent terrorist attack in Paris, it was said that “Today, every man is a Frenchman” as people from many nations waved French flags in defiance of the advancing evil of ISIS.

E plurubus unum is a latin phrase and motto of the United States seen on coins and currency that means “out of many, one”. The original meaning implied that out of many states evolved one strong nation. The underlying message is that there is strength in unity. If we don’t intentionally cultivate it, unity will become a relic.

Unity is a prerequisite to community transformation. A good leader aspires to create unity. A great leader inspires it in others when it becomes a core value manifested in hundreds of ways. Core values are deeply held beliefs describing the heart of a person or an organization that are consistently acted upon without compromise.

5 Ways to Create Unity in Your Community

1. Articulate a compelling vision that rallies the team. 100 instruments tuned to the same tuning fork will all be in tune with one another. Be the tuning fork for your team with a clearly articulated vision. 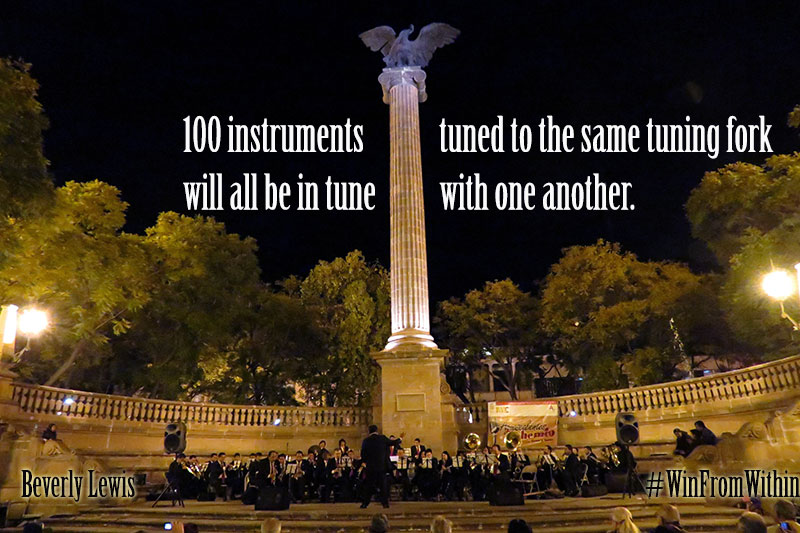 2. Be sure your team shares core values. Keep those values front and center by talking about them repeatedly and demonstrating them in every decision you make.

3. Don’t be offended. Taking offense is the first step into disunity. It puts up walls and stunts communication. It was statesman Winston Churchill who said, “When there is no enemy within, the enemies outside cannot hurt you.”

4. Keep your eyes on the big picture. Whether it’s in a marriage, a business, a non-profit organization, a church, or a movement,  we can all be reminded, “Get over yourself, it’s not about you”.  An African proverb says, “If you want to go fast, go alone. If you want to go far, go together.”

5. Unity is relationship oriented. Achievement is great and necessary in order for a business to function, but when achievement becomes a higher value than relationship, unity suffers.

The Power of Unity

It’s easy to give mental assent to an idea without taking action.  I challenge you to actively pursue unity  in your community this month – right where you are.  Think about your upcoming family get togethers to celebrate the holidays. Here’s a great opportunity to begin to shift the culture of your family into one of unity. (And yes, I believe in miracles.) Make a plan on how you can contribute to creating more accord among those closest to you. If you can elevate your own family out of the realm of dysfunctional and start to develop unity, you will be positioned to execute your success on a larger scale.

Excellence in leadership starts when you make the personal decision to go the next level. Resist the pull of the status quo. The clarion call to action is “As one!” Let’s do this. 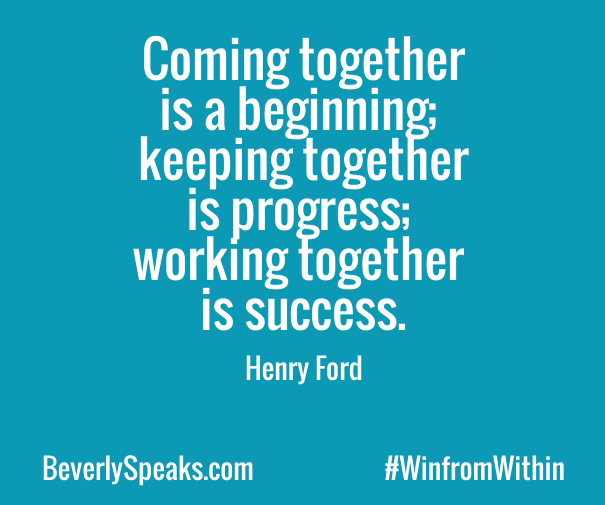