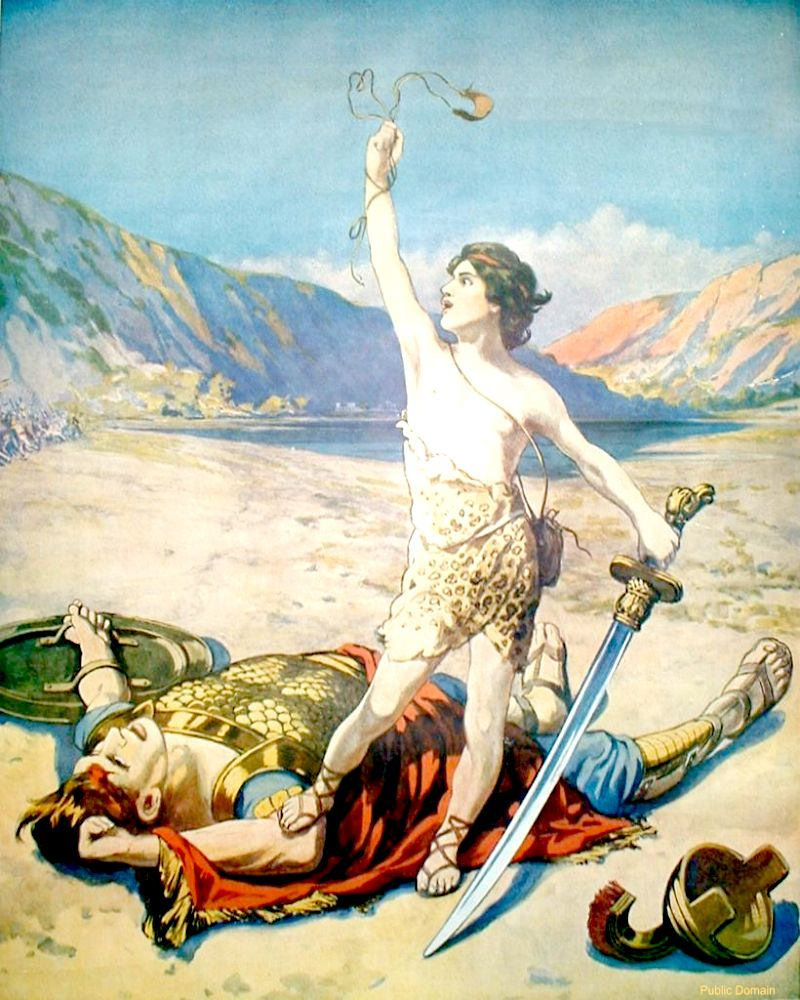 Perspective is everything.  The right perspective makes the impossible possible. The wrong perspective can blind you, chain you, and keep you captive in thoughts of darkness and defeat.

A case in point is the ancient story of David and Goliath. David was young, idealistic, zealous, exuberant and energetic.  Some might say he was incredibly naive. Yet many generations have been inspired by David’s boldness the day he pulled out his slingshot and killed the infamous giant, Goliath. The majority thought Goliath was too big to fight – David thought he was too big to miss. Perspective is everything.

David’s epic victory that day was the beginning of the story for a boy who he would become king and influence the destiny of a nation. His perspective set him on the course of a world-changer.

We all want to win and most will recognize there’s a price to pay to do so.  There will be obstacles to overcome that can become giants in our thinking.

I’ve drawn seven lessons from the legendary encounter of David and Goliath that are as relevant today as they were centuries ago. Methods change, but principles are timeless.

Slaying The Giants in Your Life

1)  There are more forces working against you than those that are for you. This doesn’t mean that those forces have more power or authority, but if the way isn’t smooth, the opposition shouldn’t come as a shock. Giants don’t yield their territorial hold with a polite shrug. When you get on target with the task you’re uniquely gifted to accomplish, the resistance you face is actually likely to increase for a season. If you don’t quit, it will make you stronger.

2)  Feelings of inadequacy are normal. You don’t have to feel adequate as long as you know you are not in this alone.  David overcame an enemy no one else was willing to fight. He wasn’t deluded into thinking he was the most powerful warrior in the land, but he did know his identity in relationship to God. That was key.

3)  Expect criticism – especially from friends and family. David’s brothers were scornful and belittling, but he disregarded their negativity and pressed through until he had audience with the king. Get critical information on which you base decisions directly from the source, lest the facts be tainted by naysayers.

4)  Beware of well-meaning advice that doesn’t apply to you. Guidance offered with the best intentions can still be utterly wrong. King Saul thought David should wear the king’s armor. The armor didn’t fit and it wasn’t a strength for the young David.  Thankfully, he went with his gut feeling and not the recommendation of others.

6)  Know your strengths. Train and prepare with vigilance as you watch for the opportunity to apply what you’ve learned. David didn’t have experience with slaying giants, but he had killed his share of lions and bears as a shepherd boy.

7) Feed your faith and starve your fear. Know that when you trust in the power God and don’t try to do everything in your own strength, mighty forces will come to your aid. You are armed for battle and destined to win. But you don’t do so by hanging out with the scoffers and unbelievers. You do so by facing the giant. 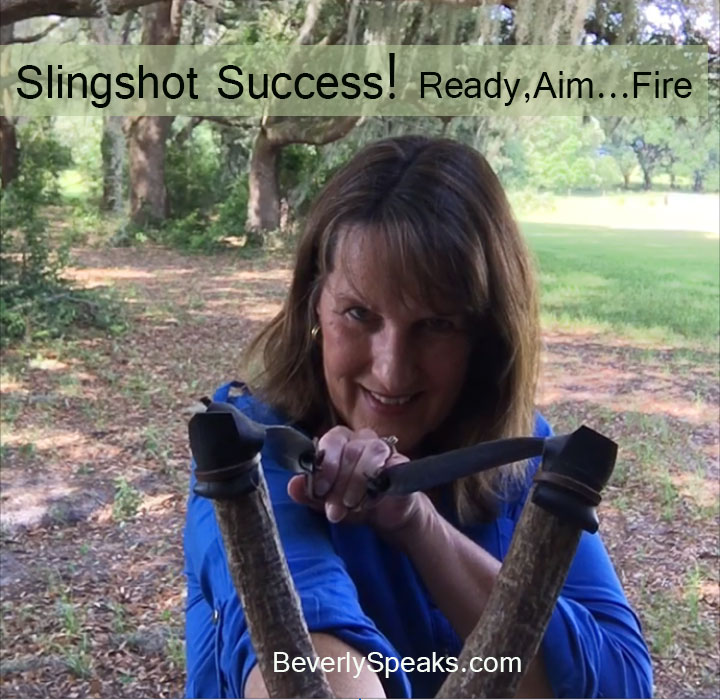 Slingshot Success is a program for business owners, sales people, and free-lancers that want to join with a team to slay the giants in their life. Details are here.

3 thoughts on “Slaying The Giants in Your Life”