As a seasoned entrepreneur, I can safely say that building a team of key people with shared vision who take ownership of outcomes is pivotal to success. Anyone who is in a position of leadership but lacks accountability is not going to lead well. 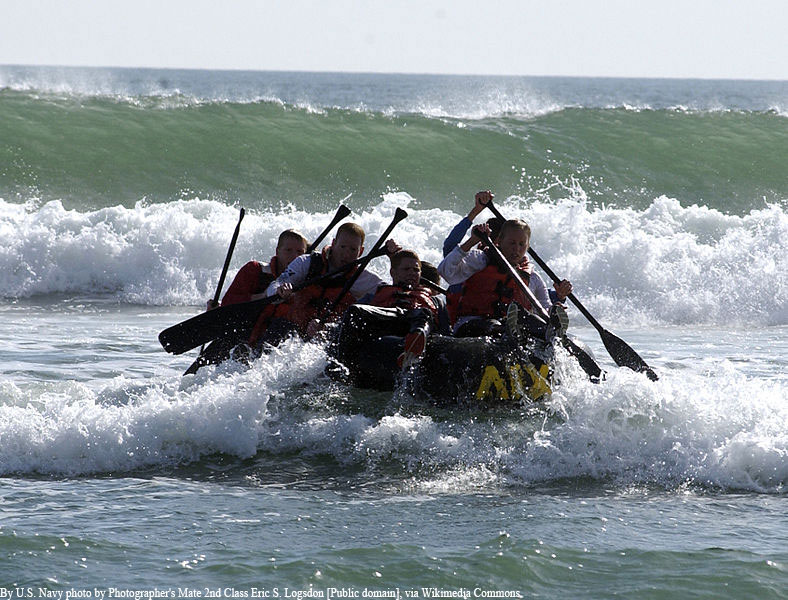 In the book Extreme Ownership by Jocko Willink and Leif Babin, the former Navy Seals tell a story that had a deep impact on me. The lesson is, “there is no such thing as bad teams, there are only bad leaders”. That seems terribly harsh and probably at times unfair. The more I pondered the concept, I realized it is a profound truth. The story has a military tone but global application.

It was “Hell Week” for Navy Seal recruits and after tours in Iraq and Afghanistan, Willink was an instructor. The uninformed might think the week of grueling training with almost no sleep is designed to build fitness and endurance. In reality, the recruits are there to hone their mental toughness and internalize the power of teamwork. These men are considered “the best of the best” and have already passed rigorous tests before they arrive at Hell Week.

Many of the exercises include maneuvers with a 250 pound rubber raft over land and sea. One day, these elite warriors were divided into six teams consisting of six rowers and one leader and were racing in the pounding surf while dealing with extreme exhaustion. Race after race, team II won and team VI lost. The instructors were aware that the leader of team VI was at risk of being eliminated from the program when one of the generals, there to observe, made a change. He wanted the leader of the losing team VI to switch places with the leader of the winning team II. Shockingly, in the next heat, Team VI came in first. The one simple change was in the leadership. A team of men that had been quarreling and cursing at each other pulled together and became a top-performing team.

There is much to be said about the philosophy that there’s no such thing as bad teams, only bad leaders. In war, there is no margin for error. General Douglas MacArthur said, “It is fatal to enter any war without the will to win it.” On the battlefield, decisions that mean life or death can be a daily affair.

In a peace-time situations, executive decisions may not mean physical life or death, but they can affect the survival of an entire organization.  The discernment and actions of a leader and their team can ultimately affect many lives in major ways. When team members are under-performing or assigned to a place that doesn’t fit their skills, it is up to the leader to recognize it and make the necessary changes.

Finger-pointing, blame, and excuses must be non-existent for elite leaders. Strong leaders know they are not only setting an example – they are ultimately responsible for the success (or failure) of the entire mission.

Imagine a team of people where every member takes extreme ownership. That’s a team that will move mountains, build remarkable businesses, and set the bar high for excellence and accomplishment.

A true leader has the confidence to stand alone,
the courage to make tough decisions,
and the compassion to listen to the needs of others.
He does not set out to be a leader, but becomes one
by the equality of his actions and the integrity of his intent.
-Douglas MacArthur

Extreme Ownership is one of many principles of leadership we will be covering in Win From Within: A Course in Leadership. If you are ready to fine-tune your leadership skills, this might be for you. An 8-week program begins in October. Click Here for Details.