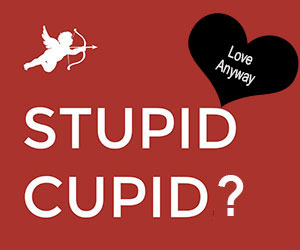 Look around you. Scores of people abhor the widely-celebrated holiday we call Valentine’s Day. We’re all expected to be happy for those receiving candy, flowers, jewelry, and other romantic expressions of love.  Yet it can feel a bit like getting stabbed when you notice everyone – but you – seems to be the recipient of special gestures. It’s gotten worse with all the social media posts with the message, “look what I got!”. Maybe there’s a dejected third grader staring at a near-empty valentine box somewhere in each of us.

Observing the birthday tradition of a good friend has shown me a refreshing way to thwart the disappointment of unmet expectations.  Instead of waiting for others to buy her gifts or host some kind of birthday celebration in her honor, she takes ownership and makes special plans for the day. She typically schedules a lunch or informal get-together and buys small gifts for all in attendance. She even foots the bill for everyone else – a reversal of the norm.  The first time I attended, I was astonished. It’s pretty amazing when you realize it’s HER birthday yet she’s the one giving generously. She not just smart, she’s happy.

Research studies indicate the resulting happiness from this action is not random, nor does it even have much to do with personality or IQ.  A study at Notre Dame called the Science of Generosity Initiative indicates  generous people are happier and healthier.  Researchers for the initiative surveyed 2,000 individuals over a five-year period. They interviewed and tracked the spending habits and lifestyles of 40 families from different classes and races in 12 states. They noted that the consistent practice of generosity is key and it is not only about giving money. Americans who describe themselves as “very happy” volunteer an average of 5.8 hours per month. Those who are unhappy only gave an average of 0.6 hours in a month.

Think about how you feel when you do something kind for others. It’s typically a boomerang effect; you intend to help someone out and you are the one that ends up with the boost. Some of this feeling is attributed to the release of the hormone oxytocin. This hormone not only enhances emotional well-being, but has a “cardioprotective” effect by lowering blood pressure. Dr. Sonja Lyubomirsky at the University of California reports that performing acts of kindness at least twice per week results in increased optimism and overall positivity. She has found not only is frequency important, but creating a variety of behaviors helps maximize happiness.

I challenge you to create a new Valentine tradition. No, it need not be S.A.D. (Singles Awareness Day.) A large dose of generosity can serve up a whole new experience. You don’t have to spend money to make it an amazing day. Set out to put a smile on someone else’s face and I wager you’ll be wearing one too.  Call it the generosity initiative. 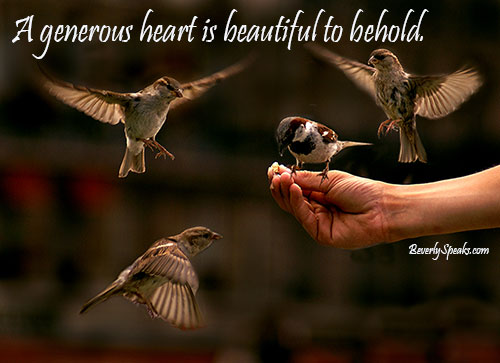 1 thought on “The Generosity Intiative”